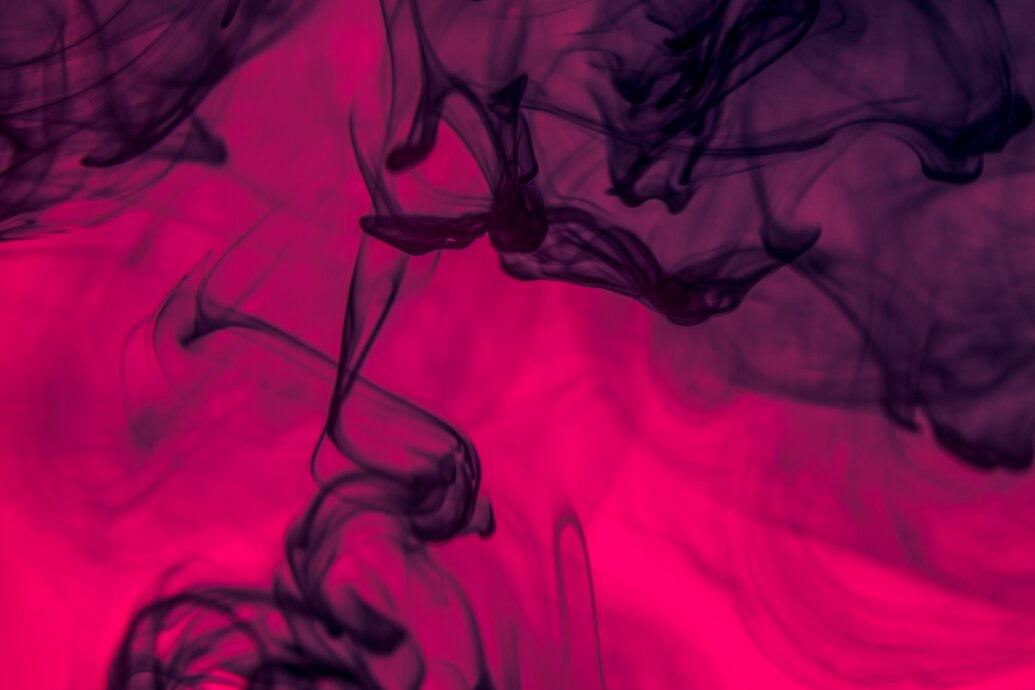 Let's take a look at the differences between GHB, GBL and butyrate and how they work.

GBL (gamma-butyrolactone) is a precursor of GHB: it converts to GHB in the human body. GBL is much more potent than GHB.

G is the common/slang name for GHB and GBL.

The psychoactive substance appeared on the rave scene in the 90s and became very popular in club culture as a stimulant.

On the illegal market, GHB is distributed in small bottles or capsules as a colorless oily liquid (at room temperature), less often as a yellowish or white powder. The substance is not consumed in its pure form, it is mixed with liquids (not to be mixed with alcohol!).

The taste of the substance is salty, sometimes soapy. The smell is reminiscent of glue.

GBL has a chemical, rubbery and slightly spicy taste. It’s an acid that can seriously damage the mucous membranes. GBL can be used diluted only. Never use GBL in its pure form, you can get a chemical burn!

GHB and GBL are mainly used as liquids, they are easily soluble in water. For accurate dosing it is necessary to use a syringe (without a needle) with divisions in milliliters. GBL, as a precursor, is more potent than GHB, and acts faster, so to achieve the desired effect you need to take less of it.

GHB/GBL (G) are known as “liquid ecstasy”, although the substances have nothing to do with MDMA. They have a different chemical structure, as well as effects on the body.

Remember that the onset of the substance effects and the individual reactions to the drug vary significantly depending on different factors, including: sex, weight, the time you have last eaten. A small dose gives a feeling of relaxation, euphoria, as with other empathogens. The other effects include: intoxication, increased libido and heightened sensations; problems with coordination may occur.

Consumption in large doses can cause a number of unpleasant and life-threatening symptoms, such as nausea, vomiting and headache, cramps and breathing problems, loss of consciousness, amnesia, coma. 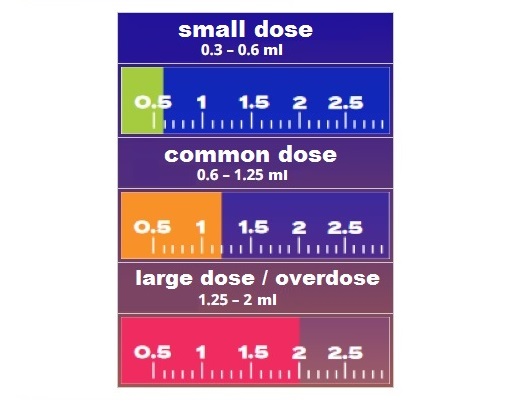 G is known to be a rape drug, it is used by perpetrators as a drug that disables consciousness. It is easy to rob or rape an unconscious person.

It’s very easy to overdose on G, because the difference between a dose that gets a person high, and a dose that disables consciousness is negligible, less than one milliliter! 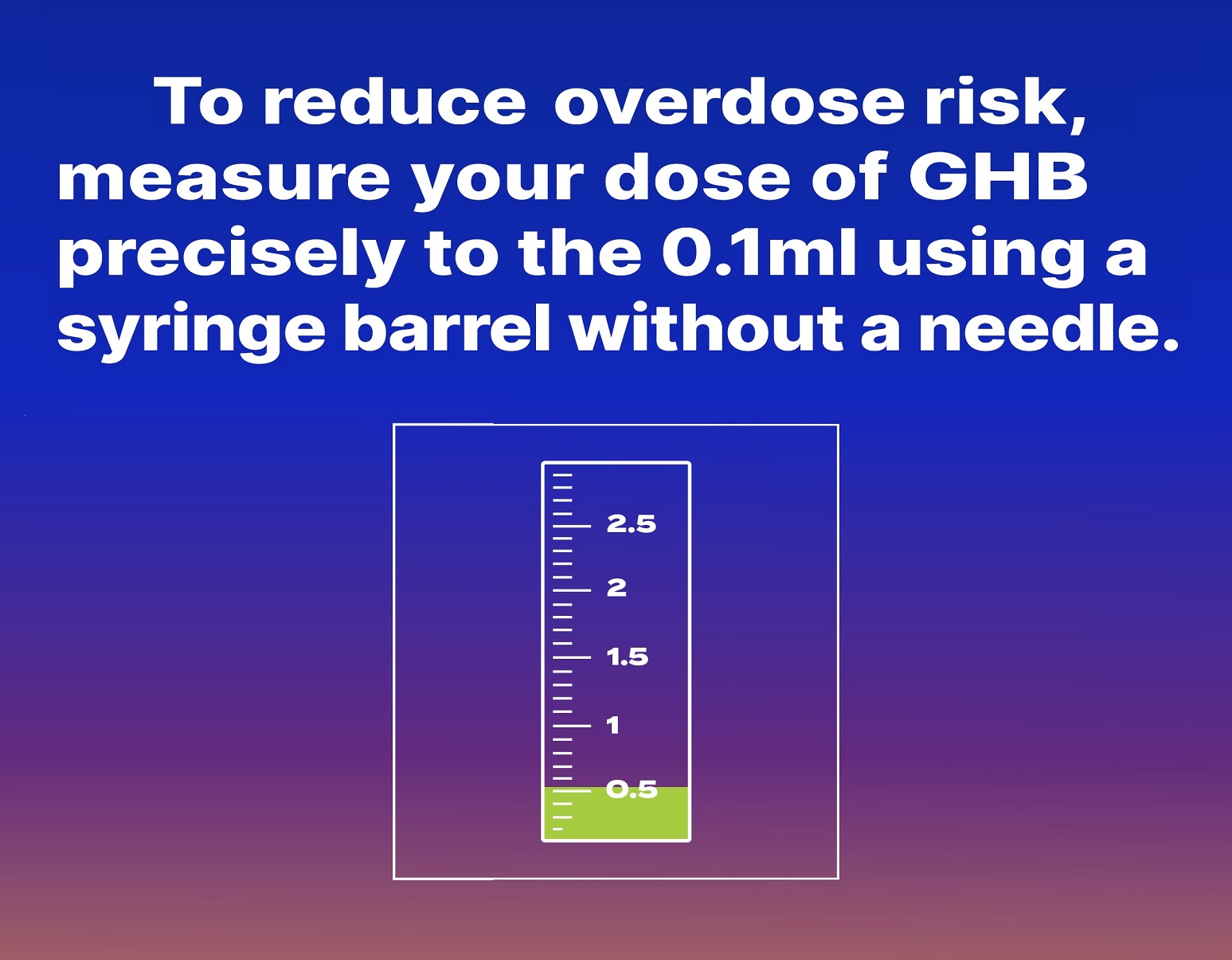 The substance can be detected in the blood within 5-6 hours after ingestion, in the urine within just a few hours. This information may be important if GBH or GBL were used for criminal purposes (robbery or rape).

Regular use leads to the development of physical and psychological addiction, and it’s a rapid process – just one week of daily use is enough for its appearance. Addiction means that the withdrawal symptoms develop when the person stops using. Withdrawal syndrome is severe, characterized by insomnia, muscle spasms, heavy sweating, tremor, internal anxiety, neurosis, aggression, inadequate perception of people and situations, paranoia. Symptoms can range from a few days to 2 weeks.

Using several psychoactive substances at once always has WAY HIGHER RISKSthan using only one drug. This is an important rule for GHB and GBL: do not mix them with any other substances, especially with alcohol, even in small quantities. It can cause loss of consciousness and life-threatening respiratory paralysis. An overdose can be fatal.

GHB/GBL + speed: heavy strain on the cardiovascular system. As with MDMA, due to a temporary decrease of sedative effect, there is a high risk of overdose.

GHB/GBL + poppers: all effects are amplified, blood pressure is reduced; there is a risk of slowing down and stopping breathing, which can lead to a coma.

Due to the fact that it’s extremely difficult to adjust the dosage with this substance, the risk of overdose is critically high.

1. Be VERY attentive to what you use.

2. Always carefully measure the dose in milliliters with a syringe or pipette. Never swallow the substance from a bottle or other container.

3. Always dose the substance YOURSELF, control what you are taking and how much. Do not allow others to do it for you. The typical dose varies from 0.5 ml to 1.5 ml, although each organism reacts to the drug individually. Even a very small dose, less than 1 ml, can lead to an overdose. 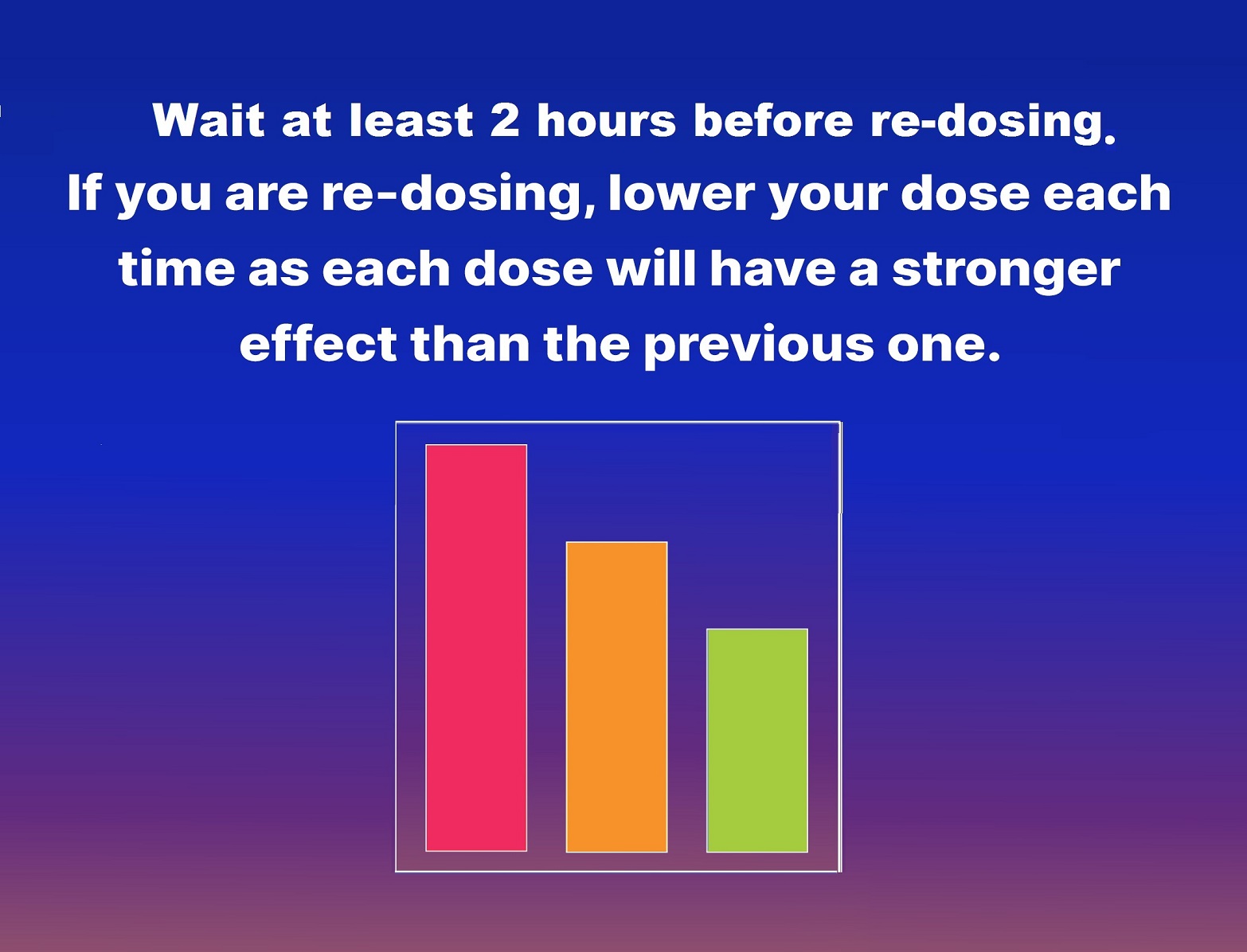 5. Due to the different quality of the substance and the chemical difference between GHB and GBL, be cautious not to mix different samples of G. If you have doses of drug from different sources do not mix them for avoiding overdoses and other troubles.

6. As G may affect your memory, note the time you took the dose (for example, on your phone).

7. Take G orally. Snorting and by injection are much more dangerous ways.

8. Use food coloring to identify G. You won’t accidentally mix it with other drinks or water; and this will reduce the possibility of overdose.

9. At the party, do not leave your glass alone. It’s easy to imperceptibly mix G with other drinks. 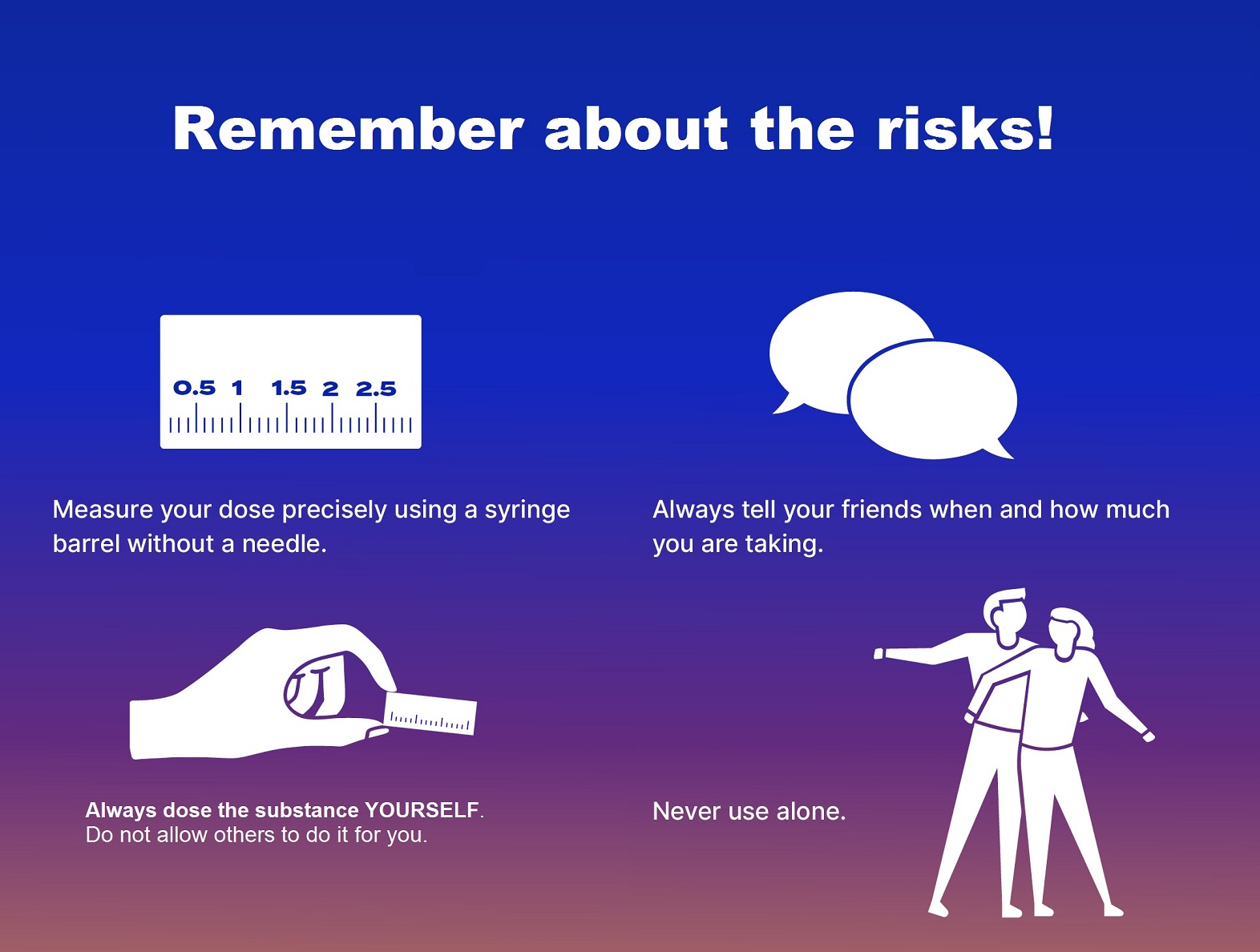 HELP IN CASE OF OVERDOSE

@OverdoseHelpBot is available on Telegram. There you can find information about what an overdose with various substances looks like and how to provide first aid to a person in such a situation.

The main symptoms of GHB/GBL overdose:

When the ambulance arrives, tell the doctors what the person has used or could have used. This will help to more accurately provide special medical care.