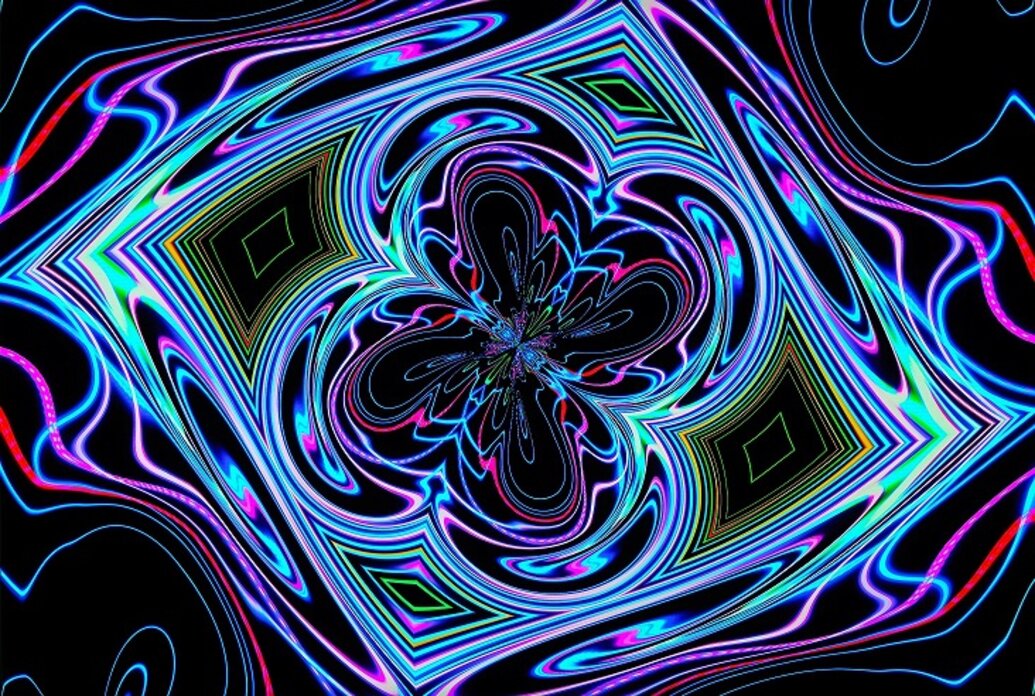 LSD is the most popular psychedelic in the world. Let's take a closer look at it.

Psychedelics, including LSD, are psychoactive substances that change the perception of the world and oneself, affect the emotional state. With most other drugs, we know exactly what the condition will be after using. For example, it’s clear that stimulants give a lot of energy, empathogens make us sensitive, etc. The effects of psychedelic use may be very different, and the reason for that is that a person’s subjective experience, personal experiences and worldview play a very important role here. So, psychedelic trips can be totally different for different people.

Another very important feature of psychedelics, including LSD, is that they are considered relatively safe in terms of addiction and impact on physical health. But LSD can cause quite strong changes in consciousness, even when used in very small quantities. 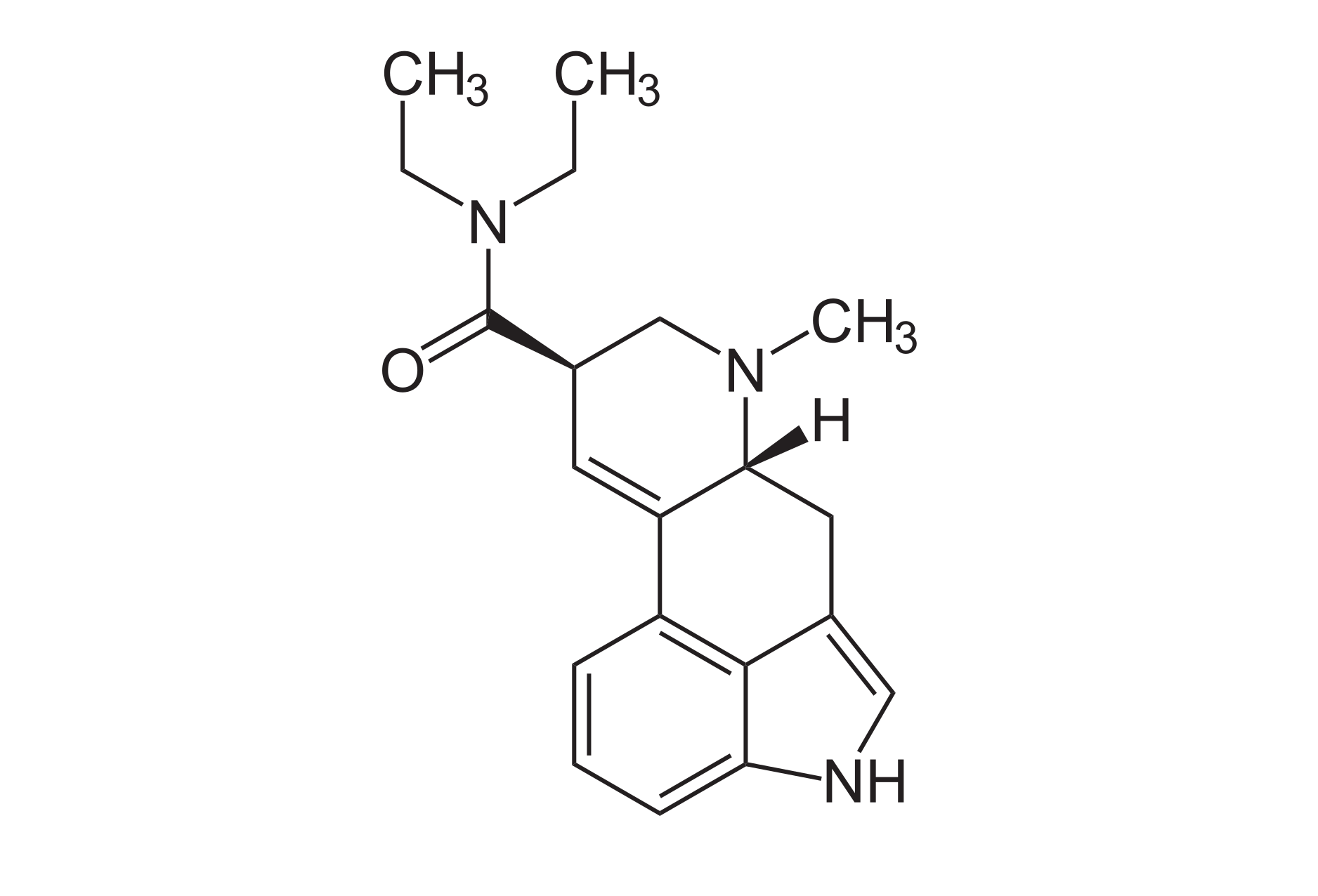 LSD is a well-studied drug. In addition to recreational purposes, it is used in various transcendental practices, such as meditation, psychonautics, psychedelic psychotherapy. Today, a lot of research is done on the effects of LSD on the human psyche. From time to time, scientists receive interesting evidence that LSD has psychotherapeutic potential.

LSD is a semi-synthetic substance. It was first synthesized in 1938 by the a Swiss scientist Albert Hoffmann from lysergic acid, a substance extracted from a fungus called “ergot” that parasitizes on cereals. In 1943, the hallucinogenic properties of the drug were discovered.

In the 1960s, LSD was actively researched, but in 1966, the United States prohibited the production, distribution, and use of LSD, including the use for research purposes.

LSD is a transparent solution or powder without color, odor and taste.It is applied on stamps, or blotters – bright, colorful tiny sheets of paper. LSD is also available in the form of tiny tablets (microdots). LSD solution can be applied to pieces of sugar.

In most cases, LSD is used sublingually – stamps are placed under the tongue.

The effects of LSD are based on the irritation of glutamate, dopamine and other receptors in the brain. The most interesting is the effect on serotonin receptors HT2A, activation of which causes auditory and visual hallucinations.

The effects of LSD last 6-12 hours; the time depends on the dose, body weight, age and individual perception of the substance. In some cases, post-effects may occasionally appear for several days. The peak concentration of LSD in the blood is observed 3 hours after ingestion.

The substance can be detected in the blood within 12 hours, in the urine within 3 days. 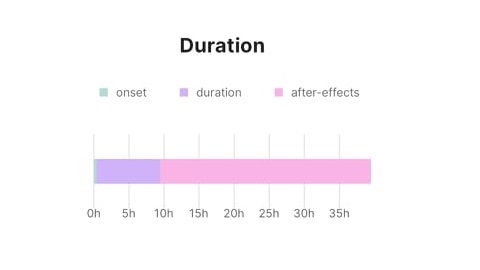 WARNING! Even a very small dose of LSD causes changes in consciousness.

The psychological state of a person is of key importance for an LSD trip. People with psychological disorders, including depressive spectrum, should avoid LSD. However, even if you do not have a diagnosed psychological illness, LSD is not recommended for use in negative emotions. It’s better to choose a time for experiments when you are balanced and not tired.

LSD is such a powerful substance that its dosage is measured in micrograms.

Physiological reactions to LSD are very different and closely related to psychological reactions. An interesting fact is that over the years of clinical trials, scientists have not been able to detect any physiological response inherent in all cases of the use of this drug . Physiological symptoms are extremely different, up to absolute opposites, or they can be completely absent, depending on a combination of external and internal factors.

The first effects of LSD use are:

If the dose is high enough, more intense hallucinations may occur.

Then the following feelings may occur:

LSD is associated with flashbacks. These are unexpected bright relapses of the effects, which can occur even a few weeks after the last dose. Their appearance is unpredictable and usually frightening; at this time the risk of an accidental injury increases.

LSD raises various sensations and feelings, so there is a chance of having a bad trip (negative, unpleasant psychedelic experience). LSD bad trips are characterized by nightmares, scary thoughts, feelings of great anxiety and worry, despair, fear of imminent death or loss of self-control. LSD can make you feel like you can fly, which increases the risk of an accident. In a state of confusion or despair, there is a greater risk of an injury. Depression and exhaustion are possible after a bad trip.

Set is a person’s mental state, his or her emotions, desires, inclinations, mood, etc. Setting is the external, physical and social environment at the time of psychoactive substance use. Both the inner state and the environment should be calm, familiar, pleasant; this is the key to an enjoyable trip.

Compared to other drugs, LSD is considered a relatively safe psychoactive substance. However, it’s important to remember that even a single dose of LSD, if it was a bad trip, can have a significant negative effect on the psyche.

IS THIS EXACTLY LSD?

LSD is often counterfeited. Mostly, the acid is replaced by the following substances: 25I-NBOMe, 25B-NBOMe, 25TFM-NBOMe, 25CN-NBOH, 25I-NBOH, 25I-NBMD, DOI, DOM, DOB, Bromo-DragonFLY. Particularly dangerous is the replacement of LSD with NBOMes; there are many cases of sad outcomes of those substances’ use. At the same time, it’s difficult to detect substitution, because NBOMes also cause a trip with hallucinations, but they influence the body in different ways and cause many side effects.

LSD can be tested using special test kits. You can see here how to do it.

LSD + cannabis: Cannabis has an unexpectedly strong and somewhat unpredictable synergy with psychedelics (synergy is unidirectional action of several substances, which leads to enhancement or change of effects, including undesirable effects).

LSD + amphetamines, cocaine: Stimulants increase anxiety and the risk of addiction, which leads to bad trips.

Many people who take antidepressants report that these drugs change the quality of the trip. This can be explained by the fact that LSD acts on the neurotransmitter serotonin..

1. Pay attention to the environment where you use LSD. It should be a pleasant place, and there should be people you know. Do not neglect the presence of the sitter, a person who will be with you during the trip. Do not use LSD with strangers!

2. Be careful with dosing, especially if you are a beginner. If you are taking LSD with another substance, take lower doses than when taking them separately.

3. Do not drink alcohol before taking LSD or during a trip.

4. NEVER USE LSD WHILE DRIVING or in another situation requiring concentration and attention!

5. Before experimenting with LSD, eat only light food and no later than 2 hours before taking acid.

6. After LSD experiments, you need a rest, so plan your trip when you don’t have important things to do the next day.

WHAT TO DO IN CASE OF BAD TRIP

1. As soon as unpleasant thoughts or fears begin to appear, try to block them immediately. Don’t panic. Calm down. Remember, it’s all just thoughts; it’s in your head, not in reality.

2. Try to determine what you do not like right now, what causes unpleasant feelings. If possible, eliminate the stimulus.

4. If you have friends who understand the mechanism of psychedelic effects and know what a bad trip is, ask for help. Friends exist to help.

5. Drink sweet tea (but not coffee) and eat sweets.

6. If your friend has a bad trip, do not let him or her plunge into bad thoughts and fears. Talk to him or her, distract, stay with him or her, hold their hand.

Symptoms of LSD overdose (one or more of the following):