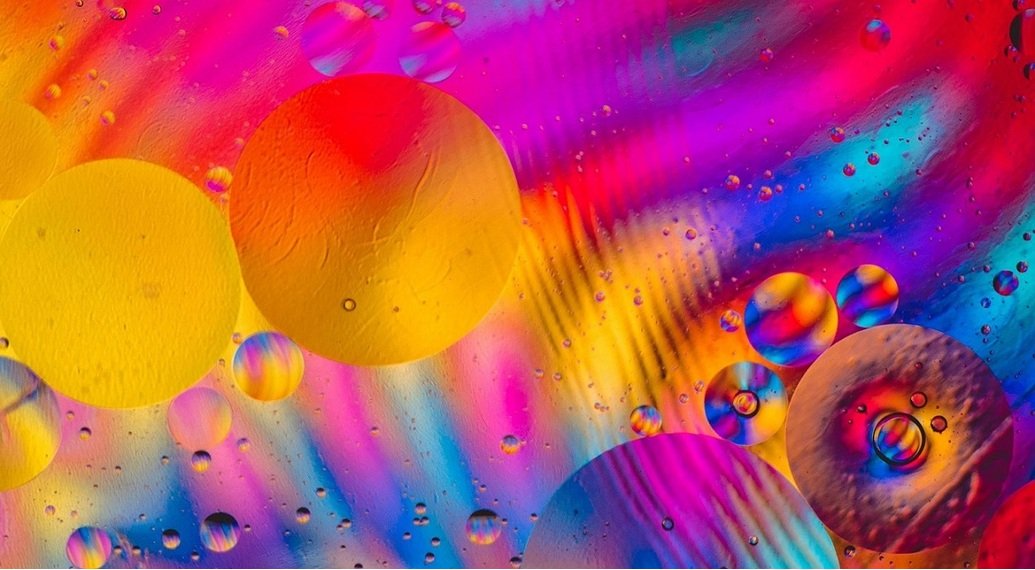 MDMA is a substance popular among young people, especially among the fans of clubs, nightlife and raves. However, its popularity goes far beyond this, and even those who have never been to a club, at least heard of MDMA, also known as ecstasy.

MDMA (methylenedioxymethamphetamine, 3,4-methylenedioxy-N-methamphetamine) is a semi-synthetic psychoactive substance, first synthesized in 1912 by the German chemist Anton Kölisch, who was looking for new drugs to improve blood clotting. 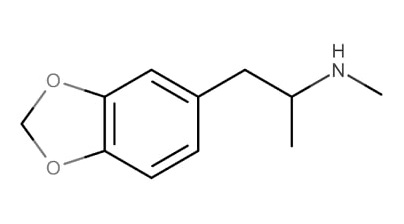 MDMA became widely popular in the late 1970s. The active dissemination in the club subculture began in the 1980s.

Known slang names for MDMA are ecstasy and molly. Although, in fact, MDMA is not the same as ecstasy is. MDMA is an active component. Ecstasy is the general name for various drugs in the form of pills (mainly), crystals and powder containing the substance MDMA + various additives.

Here you can read about how to test MDMA.

MDMA is one of the most widespread illegal substances in the world. In terms of popularity, it ranks third after cannabinoids and cocaine.Compared to many other surfactants, MDMA is quite well studied.

Chemically it is a substituted amphetamine, structurally close to mescaline and stimulants (amphetamine and methamphetamine).

HOW IT LOOKS AND DOSAGE

Pure MDMA is a light brown or white crystalline powder. Ecstasy are pills of different colors and shapes. MDMA is usually taken orally, although other ways are possible if its’s in powder form.

The dosage for oral consuming: 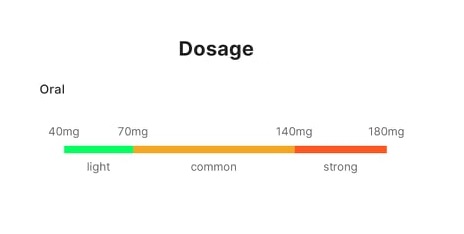 There are also different formulas that allow you to pay attention to various individual factors and more accurately calculate the safe dose.

One of them is:

Do not take a dose higher than 140 mg, even if according to these formulas it’s permissible.

The effects of MDMA are revealed in 20-40 minutes. If a person consumes ecstasy on a full stomach, this time can last up to an hour or even longer. The main effects last up to 4.5-5 hours, post-effects are felt for more than a day.

MDMA can be detected in the blood within 24 hours, in the urine within 1-4 days.

Long-term continued consumption of MDMA can have the following consequences:

The substance can impair the functions of the hippocampus, the area of the brain responsible for spatial thinking and the transition from short-term to long-term memory. There is every reason to believe that MDMA destroys serotonin neurons in the brain, the regeneration of which can take many years.

While the neurons responsible for serotonin synthesis are renewed, we can observe the following effects of its reduction:

These effects are dose-dependent: the more and longer a person takes MDMA, the stronger they may be.

Mitochondria are the nuclear power plants of our cells. There are especially many of them in the places with the highest energy expenditure: liver, muscles, brain. The work of all organs in the body depends on the state of mitochondria and their ability to perform their functions.

Mitochondria can divide and merge. The balance between fusion and distribution is one of the most important mechanisms for maintaining cell health and, consequently, human health.

A number of studies have shown that the use of MDMA causes a disruption of this mitochondrial balance in the brain, making it less productive and making it age faster.

Studies in rats have shown that MDMA depletes glutathione in the liver and adenosine triphosphate (ATP) produced by mitochondria. This causes the death of hepatocytes, and the liver begins to perform worse.

Over time, this can lead to reduced fertility and infertility.

MDMA impairs sleeping quality for 5-6 days after use.

Bad sleep, in turn, makes us anxious, increases the level of chronic stress, slows down reactions. Immunity, productivity and motivation may also decrease.

At the same time, the likelihood of overeating increases because lack of sleep stimulates the growth of ghrelin, the hunger hormone. We often want to satisfy this hunger not with healthy food, but with fast food.

MDMA + cannabis: Cannabis enhances the overall effects of ecstasy. At the same time, marijuana can increase negative emotions and feelings, so the risk of a bad trip increases.

MDMA + cocaine: Cocaine may partially block some of the effects of MDMA and increase the risk of heart attack.

MDMA + 2C: In combination with MDMA, physical and cognitive effects (euphoria, visual hallucinations) are greatly enhanced. The synergy between these substances is unpredictable, so much lower doses should be taken than when these substances are used separately. The combination may strengthen the neurotoxic effects of MDMA.

1. Very often in ecstasy pills the exact content of MDMA is unknown. Therefore it is necessary to dose carefully! Start with half a pill, if you are inexperienced – with a quarter.

Do not add until the first dose has reached its peak effect. This is especially important to keep in mind when trying out a new sample of MDMA.

3. Do not mix MDMA with other substances. Do not drink alcohol, do not use other drugs on this day, especially just before taking MDMA. Most people who seek emergency care after taking ecstasy have used other drugs and alcohol. There are also a number of medicines changing the experience.

4. Drink enough water, but not too much: 300-500 ml per hour, not more than 500 ml per hour. Avoid alcohol. You can drink juices and isotonic drinks. At the same time do not forget to urinate regularly: the fluid should be excreted from the body.

5. Avoid overheating! If you dance, be sure to take breaks from time to time: go outdoors if you’re in a club, or in the shade if you’re dancing outdoors during the day.

6. Experiment only with people you know well. Never use psychoactive substances in unfamiliar companies.

7. Before experimenting with MDMA, eat only light food and no later than 2 hours before taking the substance.

8. Research information about the effects of the substance and possible unpleasant consequences. Remember about all the factors that may affect the experience: dose, exposure to other substances, general health state (both physical and psychological).

9. People who have health problems that the substance may aggravate (such as cardiovascular disease, liver problems, depression) should avoid taking MDMA and any other psychoactive substances.

If you have questions about what an overdose of various psychoactive substances looks like and how to provide first aid to a person with an overdose, you can contact the Telegram bot @OverdoseHelpBot. There you will find a lot of useful information.

Symptoms of MDMA overdose (one or more of the following):

In the case of hyperthermia the intoxicated person needs to drink water, but not too much, not in one gulp! If possible, find an isotonic or a “sports” drink. You can stir two tablespoons of salt per 1 liter of water and drink in small sips.